The Chapter House Museum is still closed at present because of the government’s coronavirus restrictions, but as you may have noticed there’s a good deal happening!

Essential plumbing, drainage and electrical work continues, and preliminary work has now started on the creation of a performance and exhibition space within the 12th century archaeological remains. We hope that this phase, jointly funded by the London Borough of Merton and the Heritage Lottery Fund, will be completed by the end of April. 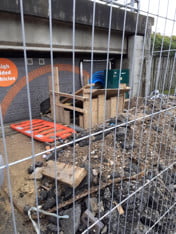 When this work is done the Chapter House will be available as a fully equipped venue for a variety of events, exhibitions and concerts. The most recent event was a socially distanced mass on 29th December 2020, to mark exactly 850 years since the murder in Canterbury Cathedral of Merton Priory’s most illustrious pupil, Thomas Becket. 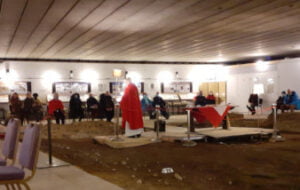 The mass for St Thomas Becket​

900 years ago Merton Priory was an important centre for education, indeed was the founder of one of Oxford’s first colleges, Merton College. Today its historical significance makes the Chapter House an inspirational place for visits, conferences and talks for schools and adult groups alike. In fact, in 1236 Merton Priory was the site of England’s first parliament of its kind, and our plans for future years include holding Youth Parliaments in the Chapter House. 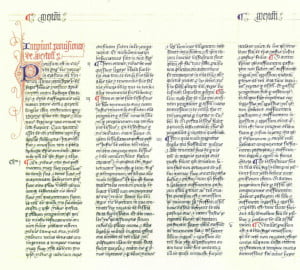 The Statute of Merton

The remains of the Chapter House have often been used as a specially atmospheric space for drama. Now, with the new performance facilities, we’re proud to announce plans are well under way for the launch later this year of an exciting Youth Theatre project for local schools and acting groups, funded by a generous grant from the Community Infrastructure Levy. 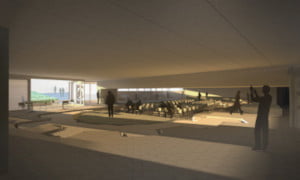 Meanwhile, after over a year’s closure, we hope this summer to re-open to the public this precious volunteer-run piece of Merton’s history, with improved resources and exhibits. As before, we plan to be open on Sundays between 11am and 4pm. Group visits welcome at other times by arrangement. 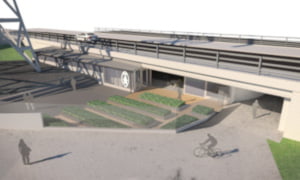 The excavations of 1988 revealed the area outside the Chapter House (next to the pylon) as the site of the cloistered garden of Merton Priory’s large Infirmary, where medicinal plants would have been grown to treat the sick and infirm members of the monastic community. Next year when funds allow we look forward to Phase 3 of our improvements, the creation of our own physic garden here as a public amenity maintained by volunteers.