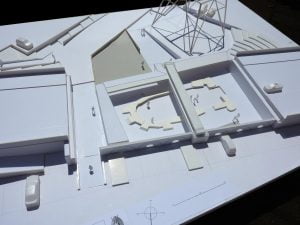 On 19 June 2013 the Heritage Lottery Fund (HLF) confirmed almost £2million of funding to revitalize the natural and historic features of the River Wandle. The river runs through 12 sites of Nature Conservation Interest but there is also rich cultural,religious and industrial heritage including the sites of Merton Priory, a number of former mills, and associations with William Morris and Liberty Printing Works.

Merton Council Cabinet Member for Community and Culture Cllr Nick Draper said: “This is great news.  At last we’ll be able to properly celebrate Merton as one of the most important cultural, religious and political centres of medieval Britain.”

The Wandle Landscape Partnership will help give the Priory context, and help community participation and engagement. The seperately funded urban design improvements in Colliers Wood will also come on stream at about this time, leading to a significant visible and tangible improvement of the area in the next 2 years. The HLF Landscape Partnership Scheme brings together the London Borough councils of Wandsworth, Croydon, Sutton and Merton with the National Trust, Wandle Trust, Groundwork London, London Wildlife Trust, Wandle Valley Regional Park Trust and Wandle Valley Festival.