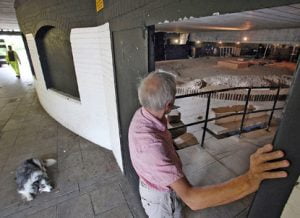 by KIERAN LONG
Published: 14 July 2010
Merton Priory is not a landmark known to many in London. One of the most significant religious buildings in Britain from the 12th century until its destruction during the dissolution of the monasteries in 1538, the abbey remains make it an equally important medieval archaeological site.

The Priory is now on a tentative list, drawn up last week by the Department for Culture, Media and Sport, to become a World Heritage Site, a classification endowed by Unesco and reserved for the most significant sites of historical, architectural or ecological interest in the world. If it is to be successful after a long assessment process (which could take a couple of years) it will put Merton alongside the capital’s four existing World Heritage Sites — the Tower of London, Westminster Palace and Abbey, the Royal Botanic Gardens in Kew and Maritime Greenwich — as well as some of the world-famous attractions such as the Acropolis, the Taj Mahal and Stonehenge.